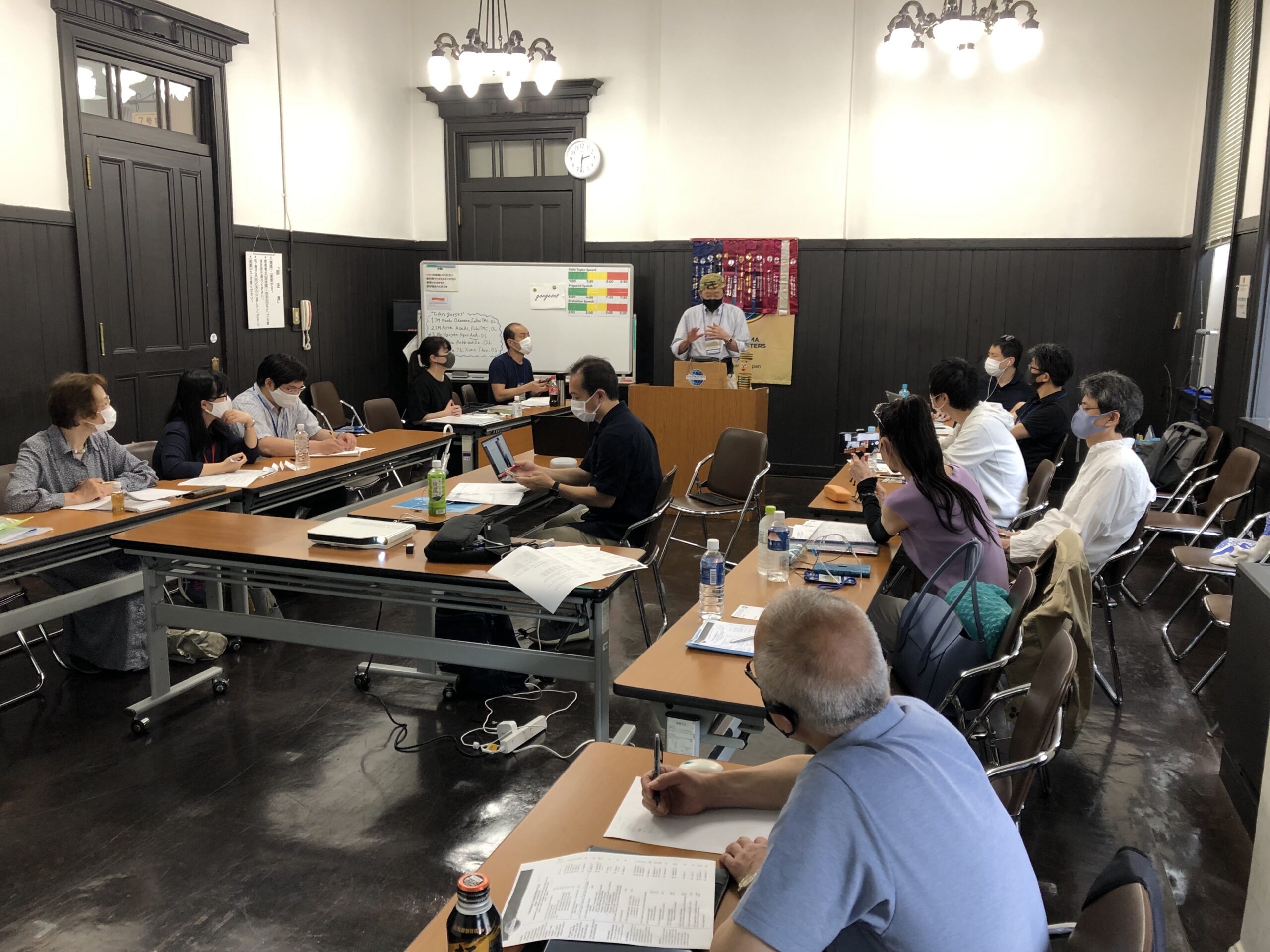 The 740th meeting was held at Kaiko Kinen Kaikan.
I like this historical heritage building which was built in the neo-renaissance style.

Word of the day was presented by TM HN. The word was “Gorgeous”,
hoped the last meeting under 2020-21 cabinet.
Everyone used that word actively.

TM HK took a Toastmaster of the day role. That was his first attempt.
He did nicely as master of ceremony. 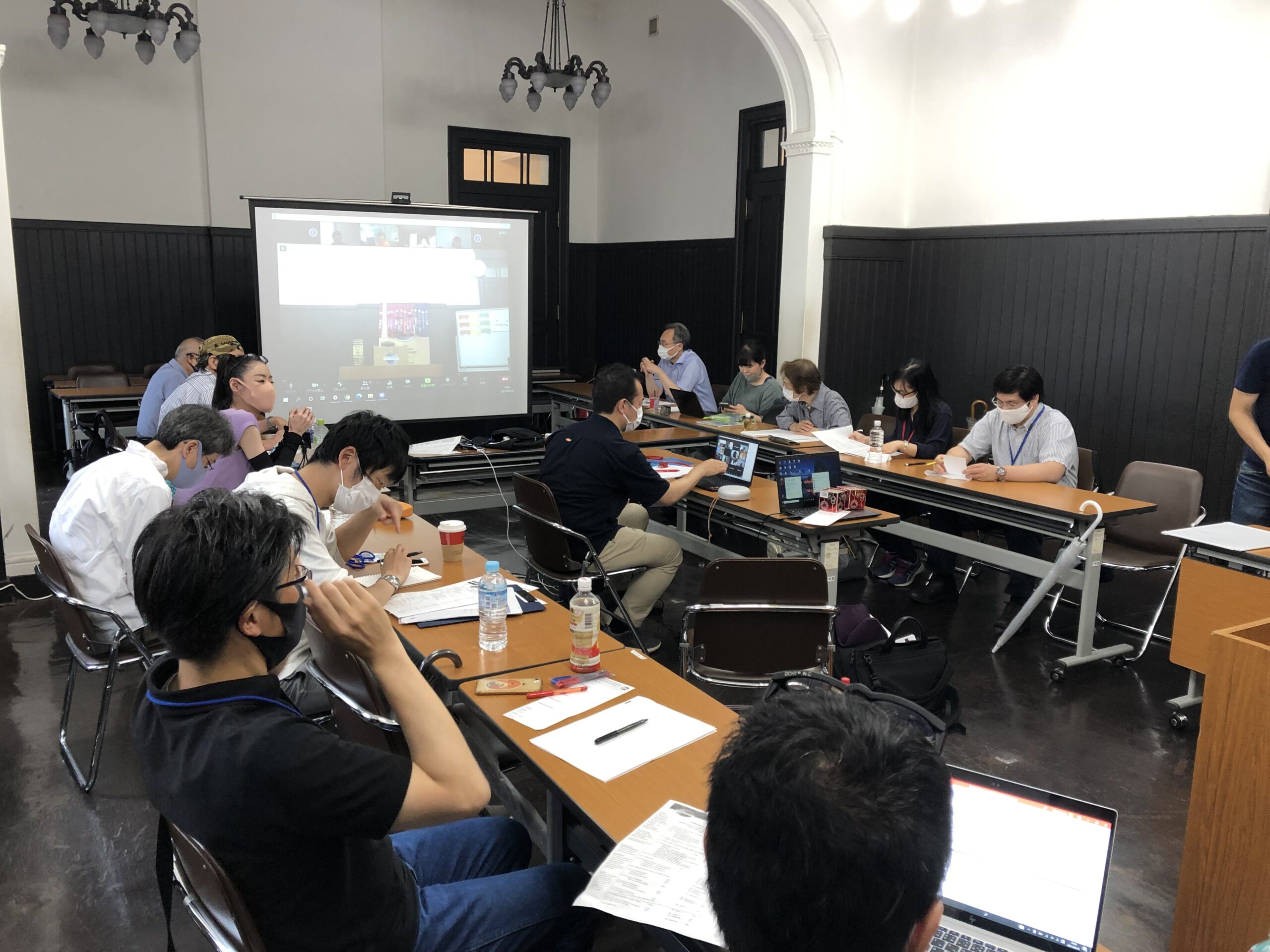 Table Topics was driven by TM MK.
He asked all respondent to discipline the imagination by interesting questions
such as the benefit of virtual trip etc.
Everyone enjoyed impromptu speech session.

3 members made prepared speeches this time.

TM KN explained the pareto distribution by using hand drawn illustration of ants.
TM AI told a humorous story how he deals with parkinson’s disease.
TM HI made a funny and interesting story when she sold toys of “Thomas the Tank Engine”

The meeting was very special since it was the last meeting of the cabinet of 2020-21.
Mr. President of YTMC gave five awards for contribution throughout fiscal year with tons of fun.
– Rookie of the year Award: TM KI
– New member acquisition Award: TM AT
– IT contribution Award: TM RK
– Welcome back Award: TM TMI
– The most silver tongue (The trait of being clever at speaking) Award: TM TMA 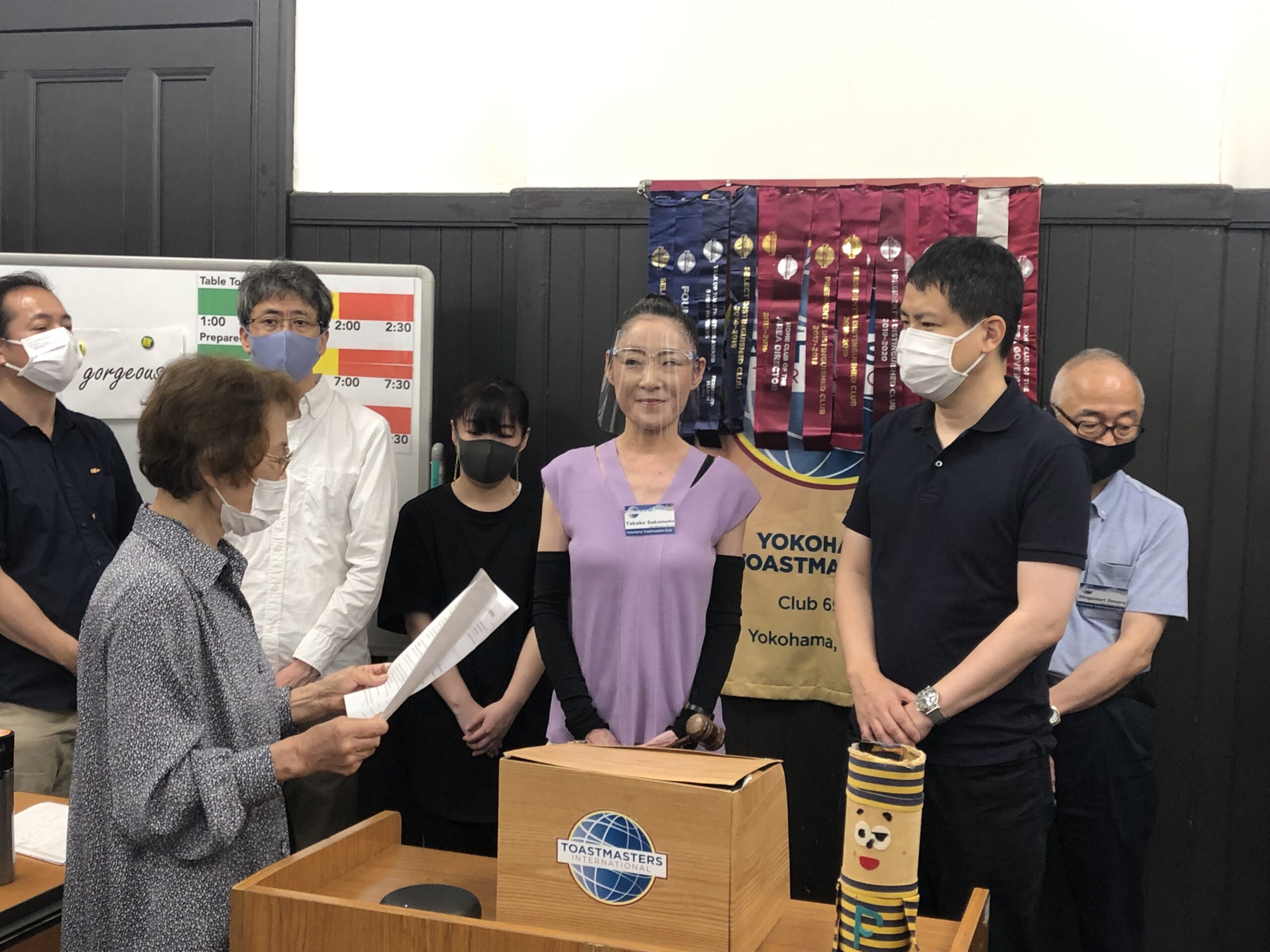 After award presentation, we had a ceremony of current officer’s discharge and new officer’s installation
hosted by TM TT.
It was memorable ceremony of transition of officers.

Finally, TM TS gave a short speech as the new president.
She looked back slogan for the last 5 cabinets and what we learned from them.
Also, she disclosed slogan of new term from July

I think it is a wonderful one, Yokohama Toastmasters Club will make an another step to the next level.
We’ll never stop evolving!

The next meeting run by the new cabinet is July 3rd at Hatoba Kaikan.
Looking forward to seeing with you again and reboot club activity!