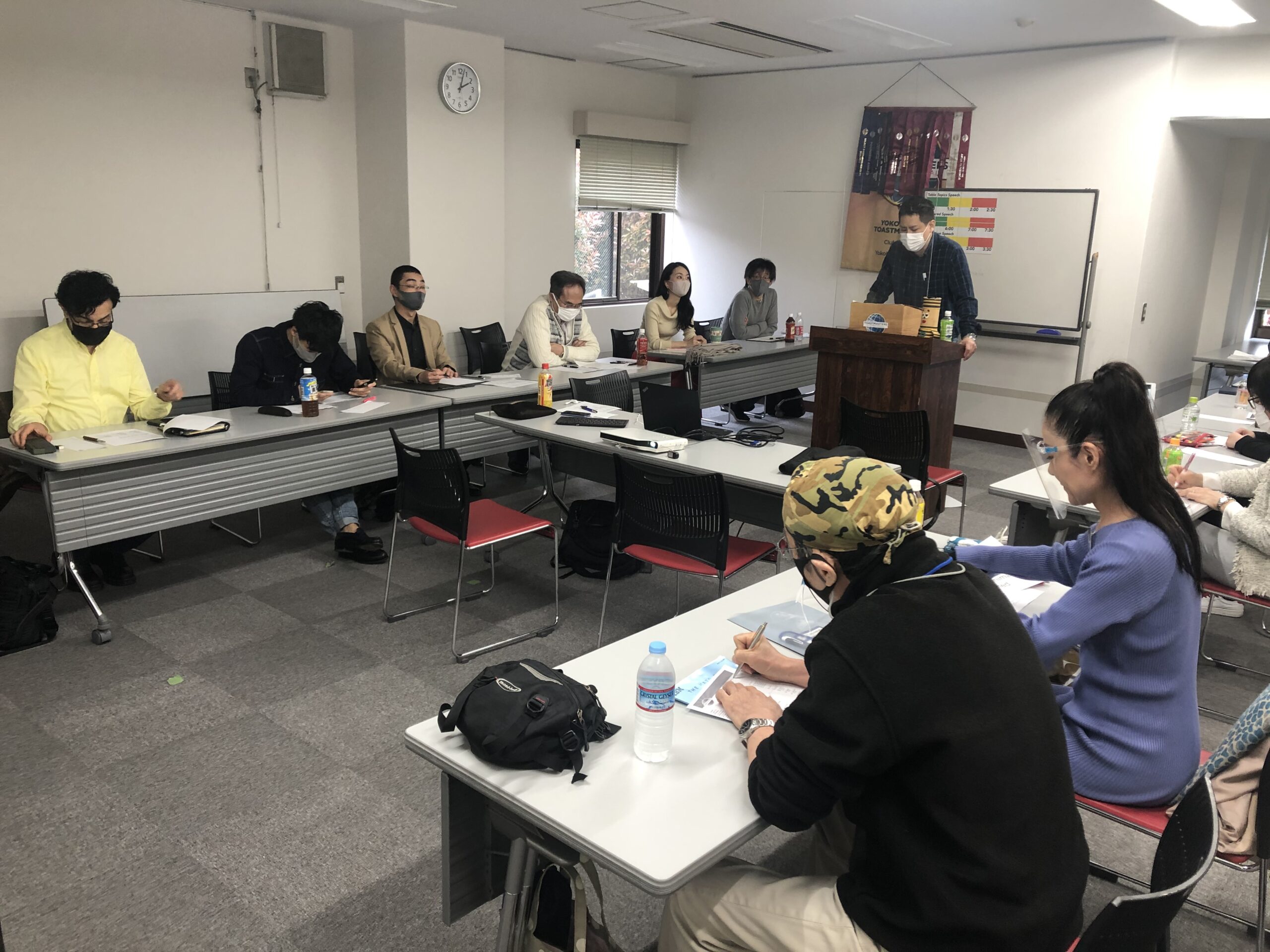 The 736th meeting was started on time.
There are 28 participants on that day, 14 each for both onsite and online.
It is good for members to join wherever we are as long as internet connectivity here.

TMOD was TM ST, the very first attempt for the role to my surprise.

He did a good job to make it fun during the meeting.

TM KO took the table topics session master.
He performed to make “impromptu” questions according to the previous question.
All the members experienced the thrills of unexpected questions with fun. 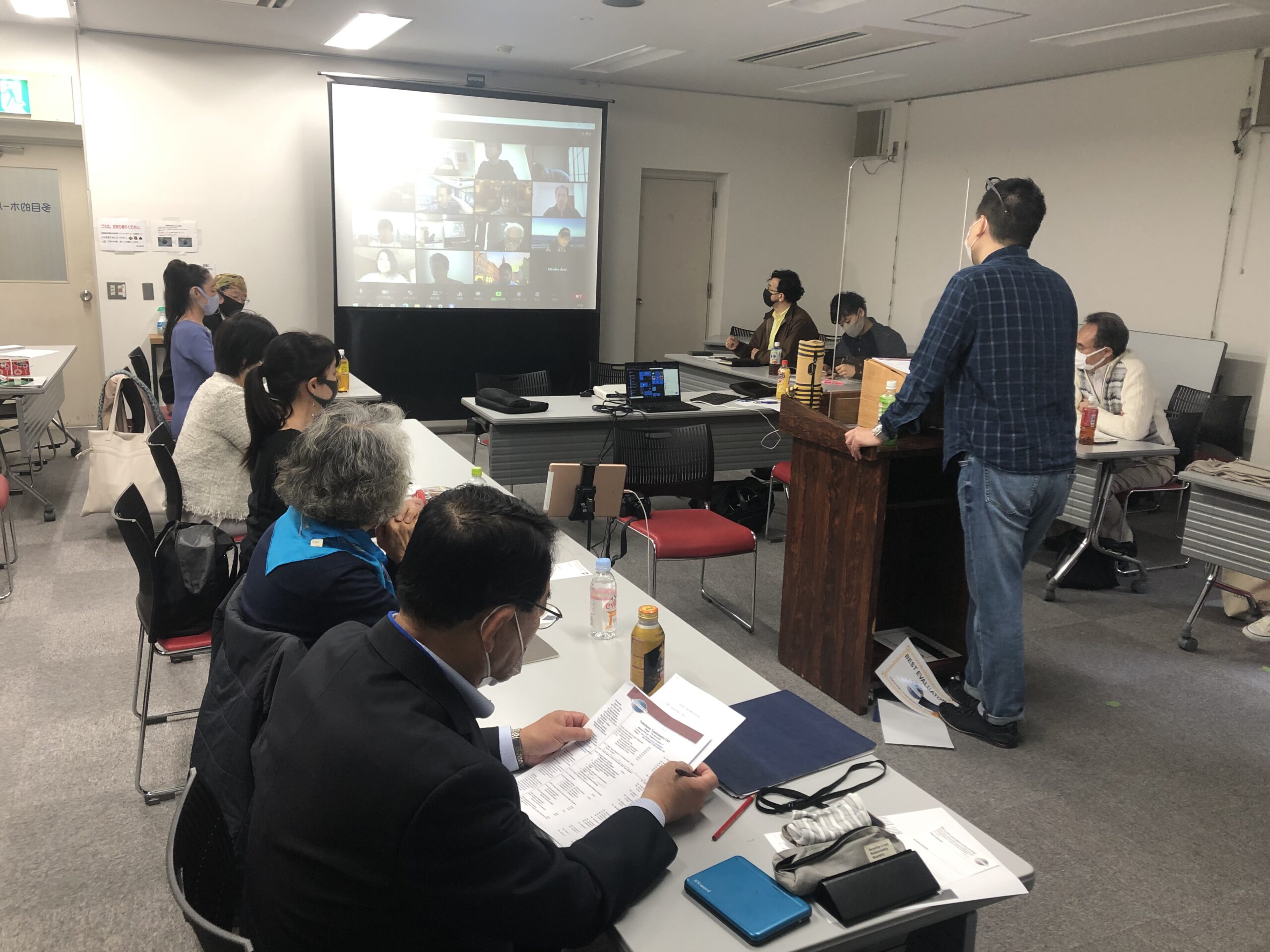 Prepared speech was made by 4 members.
TM HO told the interesting story from the memory with his father.
TM YO completed level 2 program.
The fruit of serendipity by using SNS by TM KT.
TM HM became the 2nd completion member of Level4.

Each 4 speaker did great job except exceeding designated time.
Time management is very important for developing leadership, let’s improve it.

Evaluators adressed both good and bad feedback to speakers.
I am looking forward to listening to the next speech of today’s participants.

At the end of the meeting, the announcement of candidates of officers
for the 2021-22 term of YTMC.
Apparently all candidates are well experienced officers before,
I believe they will bring our club to the best club.

The next meeting to be held on May 1st during “the golden week” in Japan.
Hoping many participants on site and online. 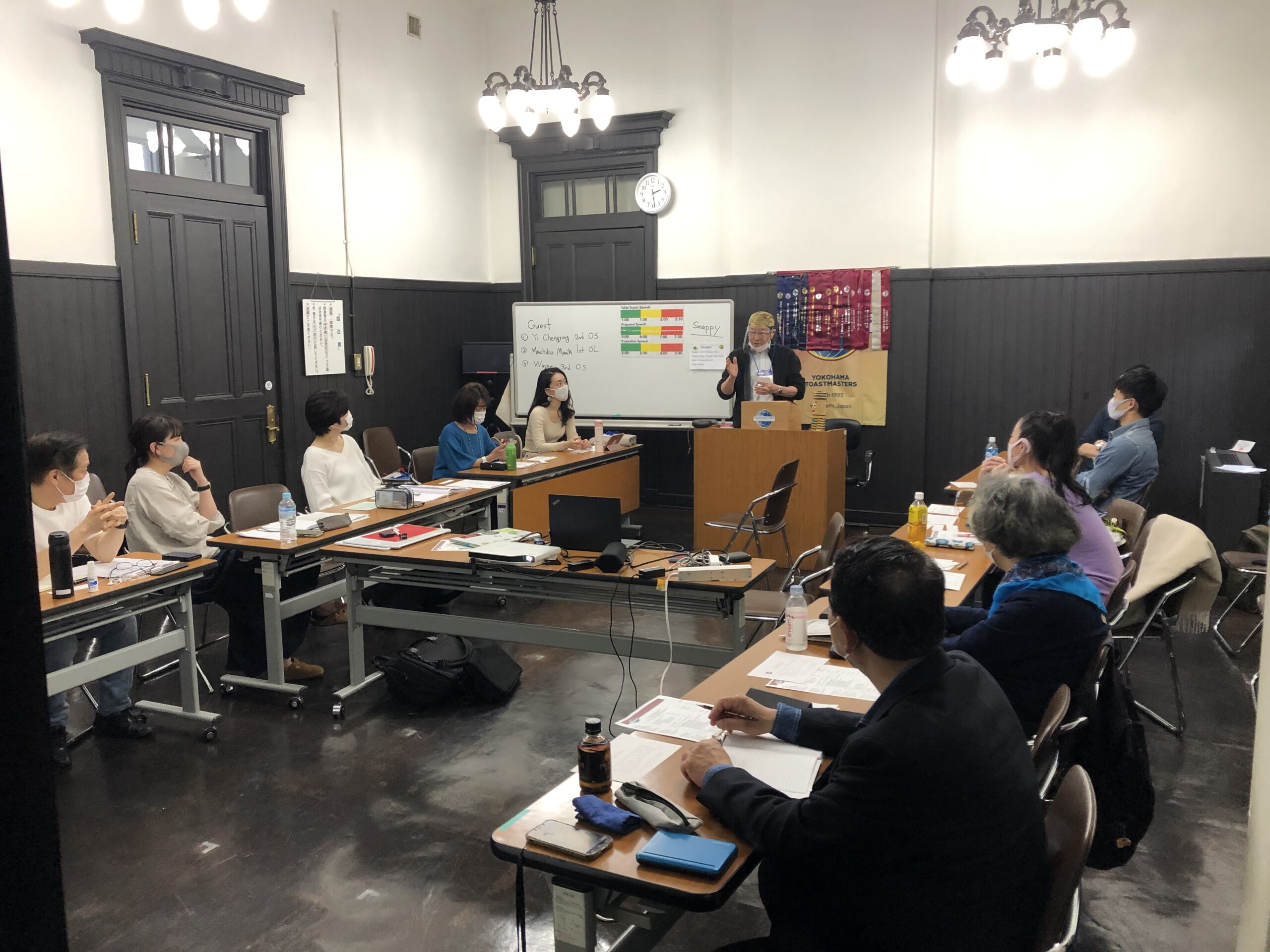 The first hybrid meeting in this year was held with 25 participants including 1 guest
(Onsite 15, Online 10).

TM I conducted the meeting as a Toastmaster of the day, she showed a sense of stability in the meeting.

Firstly TM T introduced the word of the day as “snappy”, most of us could use the word since it was easy to tell.

The Table Topics session was done by TM T, it was very interesting.
Master asked the fiest respondent to tell 3 favorite foods including a fake, then respondents try to detect the fake and tell the reasons why.
The highlight was the spouse of the first respondent assigned to find her dislike food but his answer was wrong.
I believe he knows it but provided wrong answer intentionally. 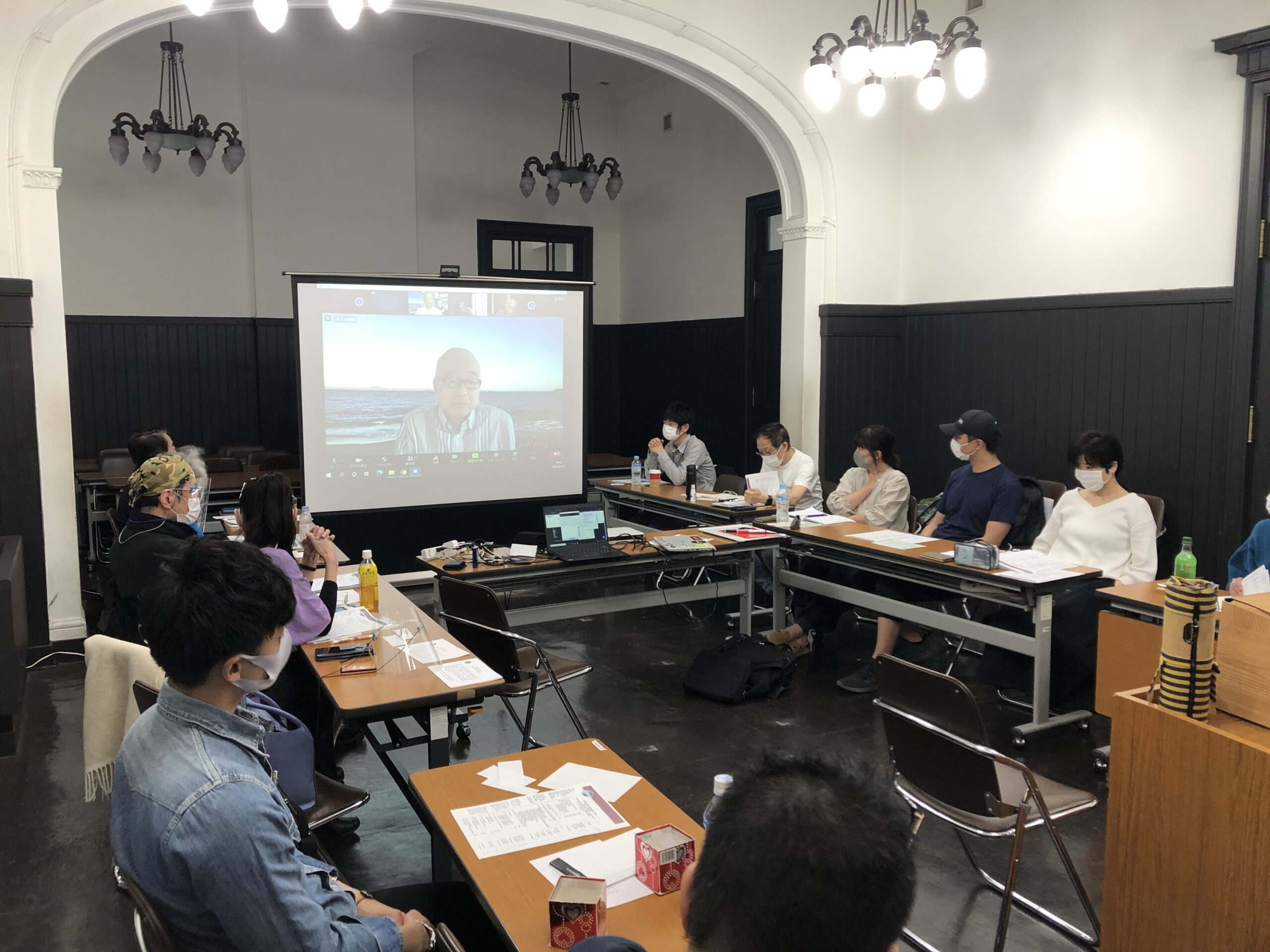 4 speeches were performed at the prepared speech session.

TM I explained the difference between coaching and mentoring.
TM NM told the importance of patience through his experience.
TM NT icebroke why he joined toastmasters.
TM M made a speech about how to survive in the cross cultural environmnent.

All speeches were fun and informative. Fantastic!

TM A took a General Evaluator role, she observed the meeting and her comment about the meeting was effective.
Evaluators gave them valuable feedback, utilizing vocal variety was touched by multiple evaluators. 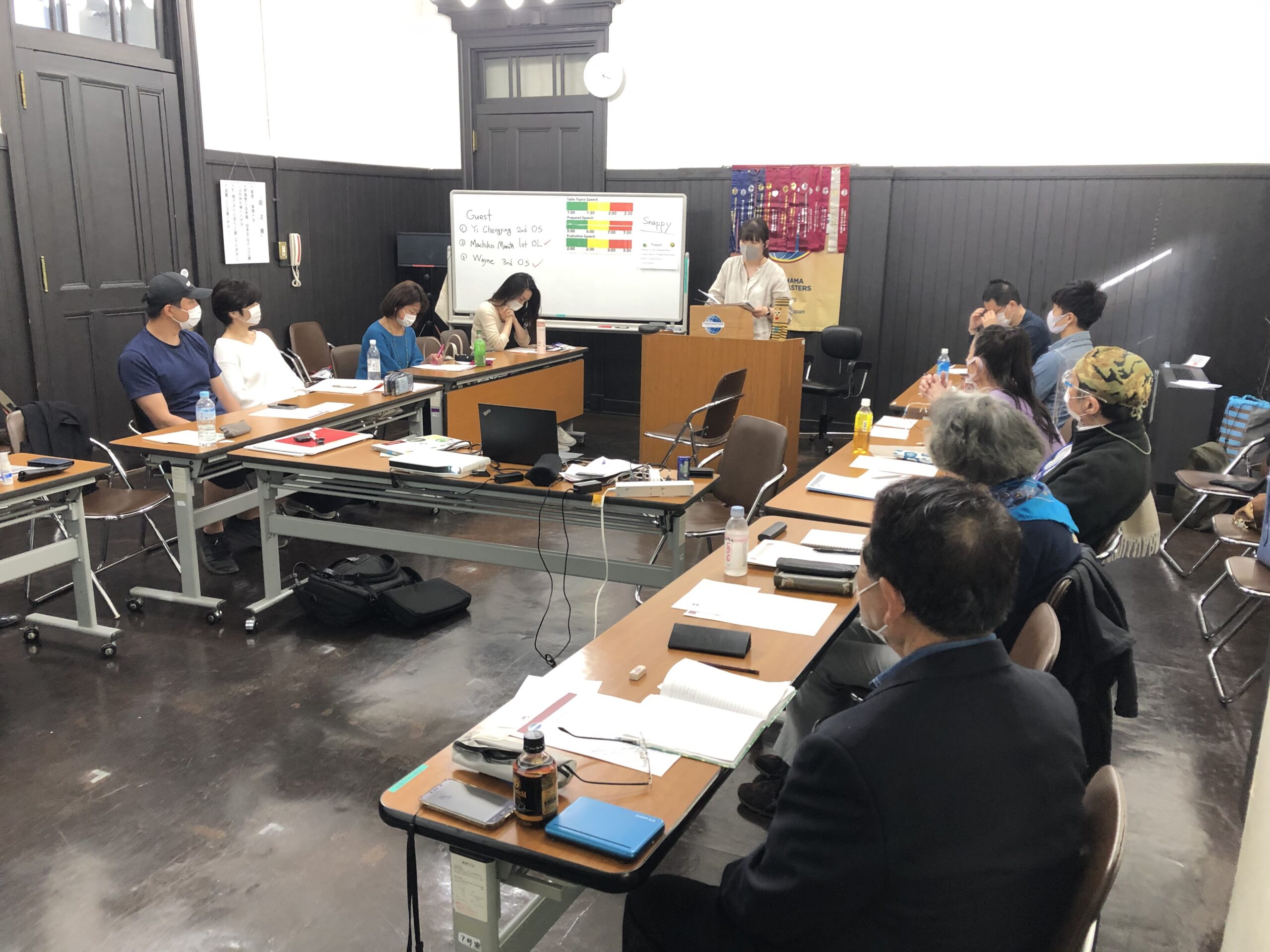 Overall, the hybrid meeting was finished successfully.
It is wonderful for me to meet members face to face and go to pub after the meeting.
Many of us enjoyed both the regular meeting and after session with drink.

The next meeting to be done on April 17th.
Looking forward to meeting more members at the site.