The 734th meeting was held via online with 25 participants including 2 guests. 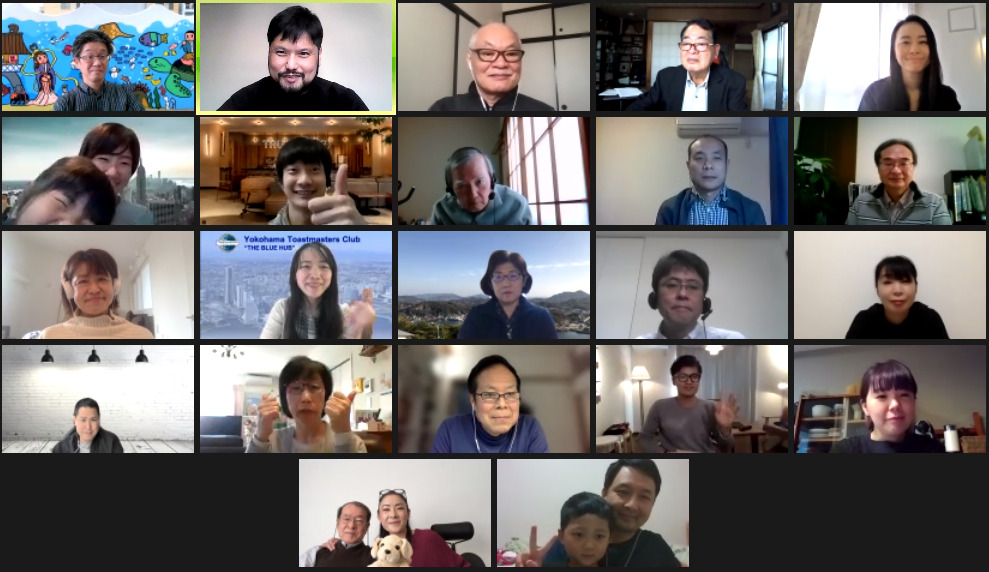 TM T took the TMOD (ToastMaster Of the Day).

Table topic speech was conducted by TM T, he made wonderful and challenging questions about health.
Respondents squeezed their ideas to answer his question. Great job!

TM A’s speech was how she overcame her setback.
TM K spoke about the importance of finding a mentor.
TM O shared tips for negotiating others successfully.
TM I explained the reasons why typical Japanese do not like to learn English. 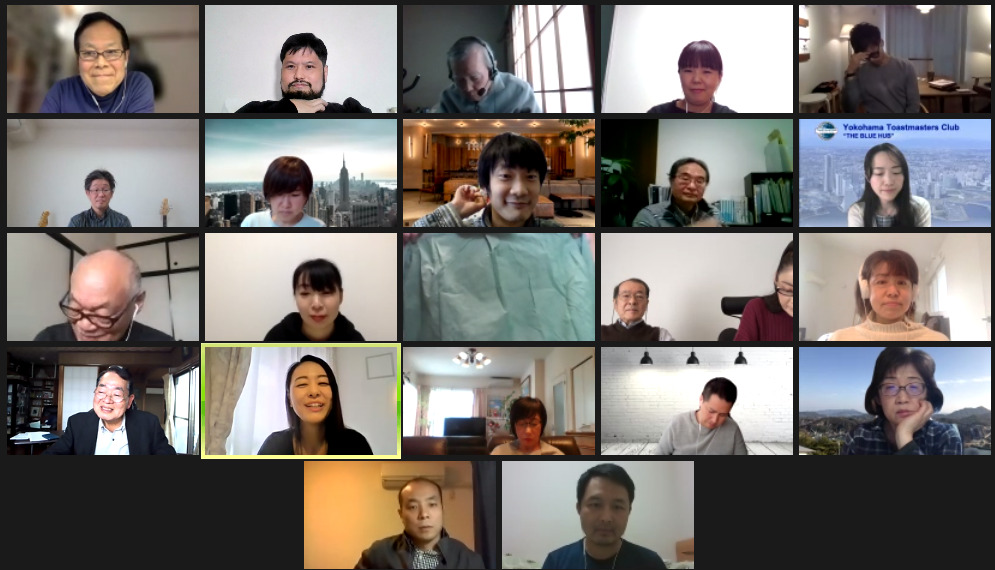 Their speeches were fantastic!

Evaluation session was done by TM M.
5 evaluators including an evaluation for evaluator.
I believe all evaluators were able to encourage speakers to improve their speech skills for sure
by delivering effective suggestions.

Overall, the meeting was a great one as always.

The next meeting will be held on March 3rd. We plan to have hybrid meeting (onsite and online)
I am very looking forward to seeing you face to face shortly. 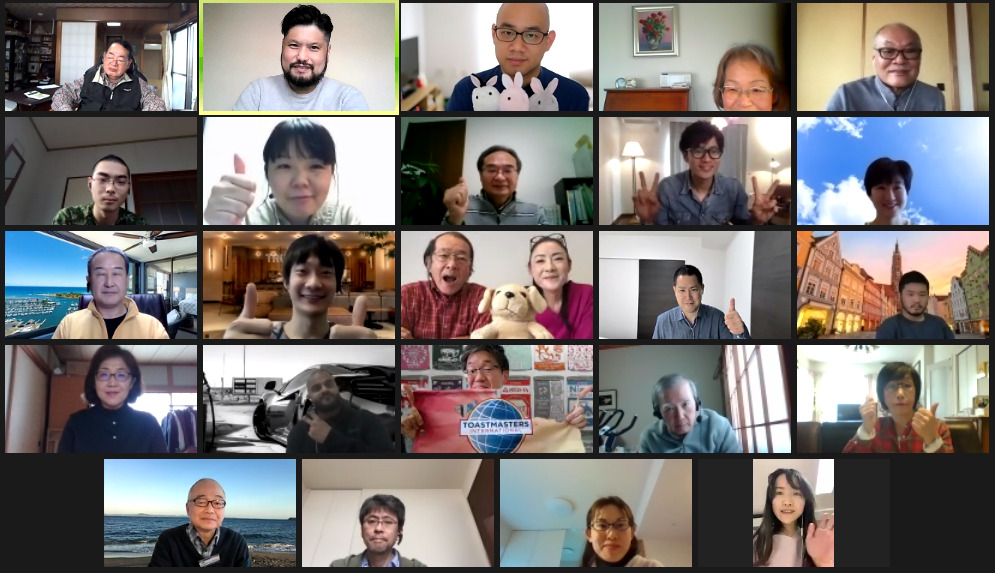 TM NS went through the Table Topics Session.
He asked us to tell about the social issues like hyper aging society, COVID 19 and others.
Some members struggled with respond to the question, but it was good to think about such touchy issues.

4 members did prepared speeches for this time.

TM N broke the ice as a new member. She explained the reason why she started toastmasters.
TM RK also did a 3rd time of ice breaker speech. He explained why he is dedicated to the supporter roles.
TM MK explained the great depression and TM M humorously told the science of ranking.

Some evaluators gave critical feedback to speakers. I think it is very good for speakers to make a better speech going forward.
Great job! 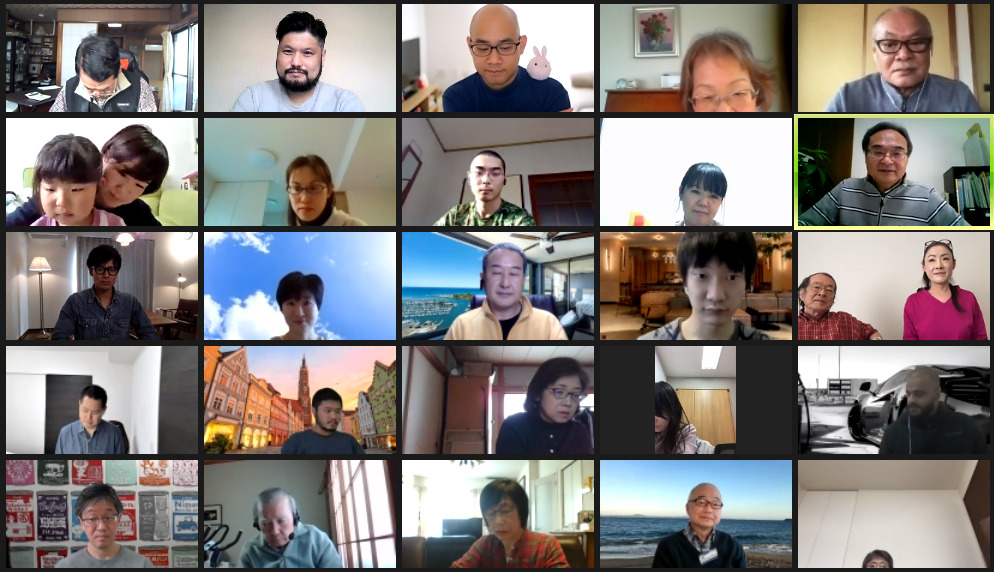 The next meeting will be done on March 20th via online because the state of emergency has been extended in Tokyo area. 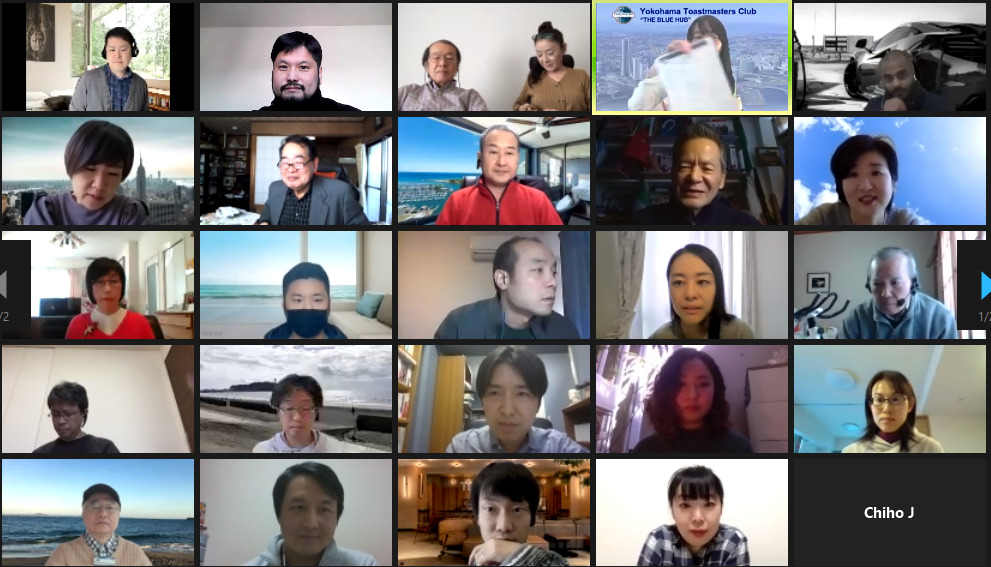 The 732th online meeting was held via online since the state of emergency of COVID 19 continues in grater Tokyo area including our area.

Even in such situation, 29 participants (Member: 25, Guests: 4) joined the meeting. That was fantastic!

TM I took MC role (a.k.a TMOD in Toastmasters), it was very hard to believe that she was the first attempt. She performed master of ceremony flawlessly.

Table Topics Session was conducted by TM K.
He prepared questions and did like lucky draw. the members picked number and respond question in the paper.
It was very interesting trial, thanks.

TM N did an ice breaker speech as a new face, she expressed the reason why she decided to join toastmasters.
TM IN also told his story when he joined the club.
TM IM explained Demon slayer (Kimetsu no Yaiba) to elderly people.
TM T spoke about the best joy on his travel.

The meeting was closed successfully thanks to TMOD and supporter’s work.

Right after the regular meeting, we had a special practice session for area contestants to win at the area contest. 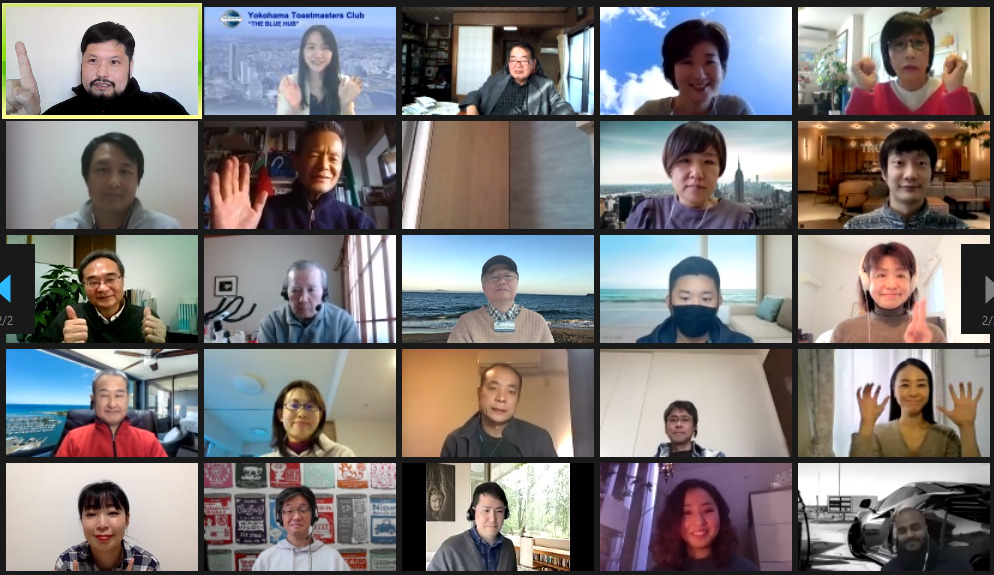 The next meeting will be done on March 6th via online.

Looking forward to seeing you in 2 weeks.