The regular meeting of YTMC was held for the first time in about a month.

Today, the speech marathon was planned. So there were 7 speakers in this meeting!
It was very exciting!
Speakers gave audiences prepared speech using each speech skill.
Then many speakers gave speeches using PC.
But unfortunately, a projector and some of their PC were not compatible.

If we use the device like PC in the speech, we need to deal with the possibility of an accident.
And if we can do nothing about this, we give the speech without PC!! But I’m sure YTMC members can do it! 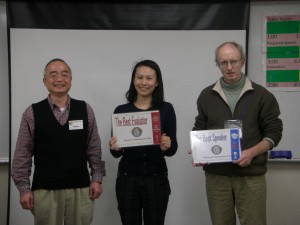 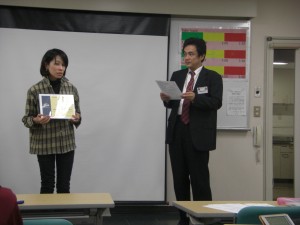 District 76 fall contest 2012 was held on Nov. 16th-18th. I and some YTMC members joined this contest.
As may be expected of the all Japan Table Topics contests, contestants had high level of speech skills.
I didn’t think that speeches were made ad-lib. I could learn speech skill from contestants.

In addition, there were two very special guests in this contest.
Those were Michael Notaro, DTM International President 2011-2012, and Professor Donald Keene. Michael demonstrated how servant-leadership creates, and Professor Keene told about Japanese culture.
Both speeches were splendid!!!  I was really inspired to their speeches.

Next contest is spring. This is the most exciting contest of TMC! The venue of District76 contest is…Nagoya!!!
The schedule will be May 17th-19th. Let’s go together! 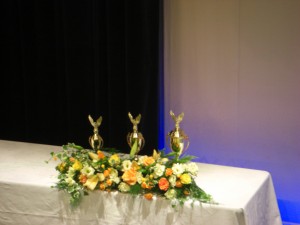 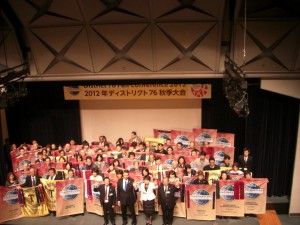 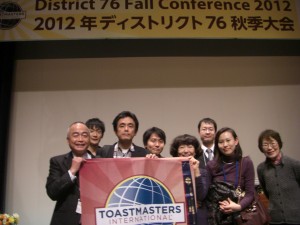 Division D Fall contest was held on Nov. 4th near Yokohama Chinatown. There are 5 areas (I mean 22 clubs) in Div. D, and TM M.H joined this contest as a contestant from YTMC.

Fall contest is Table Topics contest in 2012. Today’s question was difficult. The question is like this
” The time has come that human being can live on the moon. You are elected the mayor for a city of the moon. But there are no constructions and public institutions. What do you want to build?”

I thought she answered this question well. But unfortunately, she couldn’t win the prize. I felt Div. D level is very high! We should practice more and more in YTMC!

It is the first time to join the contest for me.
I seemed the atmosphere of division table speech contest is quite difference from the area contest.
I could not catch all of the question due to tension and I caught just a few words, “Mayor” and “Moon”.
On this contest, I could answer this question because I had strong supporters of Yokohama Toastmasters Club.
Thank you for all of encouragement.
I would like to practice more and more to improve my speech skill. 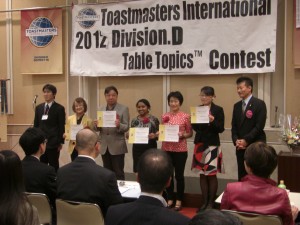 All contestans of Engilish contest 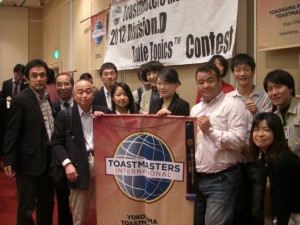 The 539th regular meeting was held at Danjo Kyodo Sankaku Center.
Today’s key word (called `Word of the Day’) which is provided by TM H.S was {Definitely}.

Today’s theme:  “Fashion & Style”  and Ms. H.I of TMOD explained the comments from role takers about Fashion&Style.  Everyone had a different fashion and different view for their styles. That was a very interesting point.
As there are limited attendees for today’s meeting, some members took double roles.
(We-our members are always very helpful and support each other! )

Today, we had a special presentation by TM Y.K and the speech Time was about 45 minutes!!  On his speech, we became a member of the House of Representatives and how to decrease national debt”1,000 trillion JPY “. He effectively handled our member’s various behavioural problems that interfered with the discussion!!  It was a very difficult question and situation, all members enjoyed his speech and discussion.
<Information>
No regular meeting on Nov. 17th and will be hold District 76 fall conference
Next meeting is Dec. 1st @ Danjyo Kyodo Sankaku Senter Yokohama-minami . 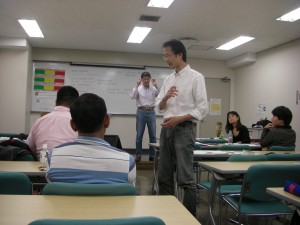 Discussion “How to decrease national debt”

The 538th regular meeting was held at Kanagawa Fujin Kaikan, located near Momijizaka Street.
In Momijizaka Street, there are many maple trees along the street.
The leaf color has still stayed green.The meeting theme was “Halloween”.
TM K.T as TMOD disguised herself as a witch and controlled the meeting smoothly and comically.

Four speakers performed wonderful speeches, based on their experiences and opinions.
Furthermore, their evaluators pointed out their good and improved points sharply.
We enjoyed the meeting and had a profitable time to improve our communication and leadership skills.

Next meeting on 3rd November will be held at Danjyo Kyodo Sankaku Senter Yokohama-minami.

We are looking forward to your active participation on the next meeting. 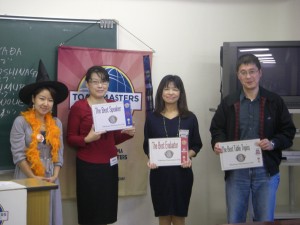 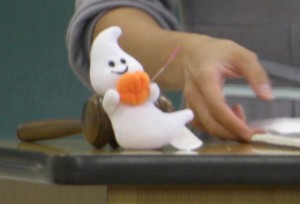 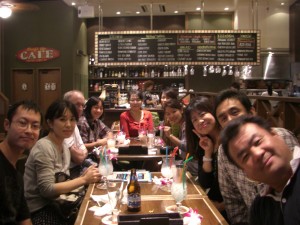 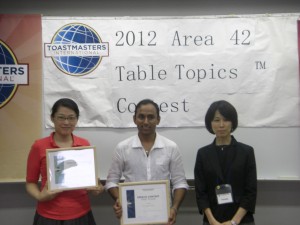 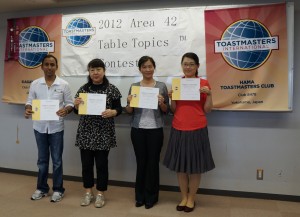 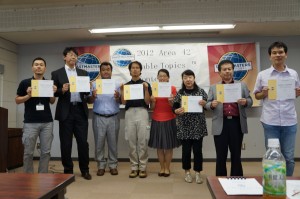 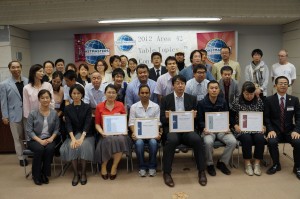 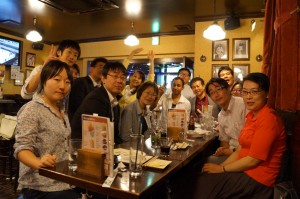 The 537th regular meeting was held at Hatoba kaikan, our home ground.
Today, I was confused because ten guests came to YTMC!!! That’s unbelievable! So the meeting was very exciting and enjoyable.

In addition, we had Speech marathon! There were six speakers in this meeting.
Each speech was different theme and project.
That’s why audiences listened to various speech and learned many useful things.

I realized that joining many guests leads to increase member’s motivation!
Please join us easily! And let’s learn presentation skill and leadership skill together!

We are looking forward to seeing many guests. 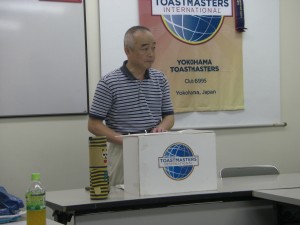 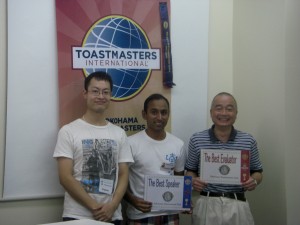 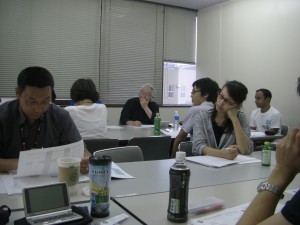 Photo of the meeting

Today we had a thrilling, exciting Table Topic Contest.

As for me, I took some roles of Chair, Topic Master
and Interviewer after a long time absence.

In-house contest, though, I felt nervous on the stage.
But to our amazing, we had 10 contestants in English and 6 in Japanese.
“Absolutely gorgeous contest”

I believed we all enjoyed Table Topic In-house contest.
Thank you, all contestants, assistants and audiences. 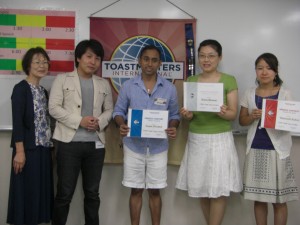 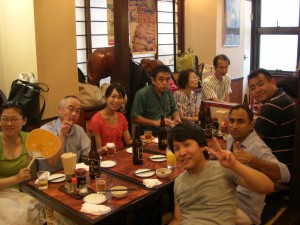 Party after the contest! 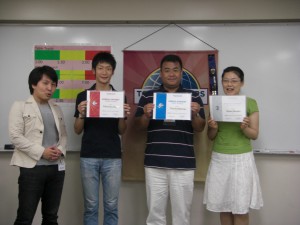 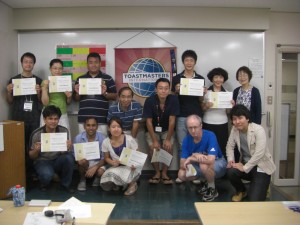 It was a first day of September, but it was still very hot and humid day.

The 535th Meeting started with a great announcement by President Matsuzaki.
YTMC was given the ribbon of president distinguished club!!!
We had a great honor!! Wow.

The today’s TMOD was TM A.T who is the youngest member in YTMC.
Although he has joined the club about a year ago, he did a great job today
as TMOD and always made us laugh with his joke.   ^^

There are 5 speakers today and there were various topics and message on their
speechessuch as about his and her experiences, hobby, Home countries
and life style.
For the audience (listeners), we are able to learn many things through their speech.
This is the one of the interesting and valuable points on YTMC!
All speakers and evaluators did great job but unfortunately, some of them were
not able to finish within the time limit….

Next meeting on Sep 15th is In-House contest!! We are so excited it!
Please be sure to join Danjyo Kyodo Sankaku Senter Yokohama-minami !! 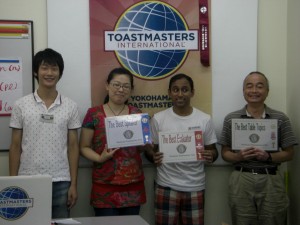