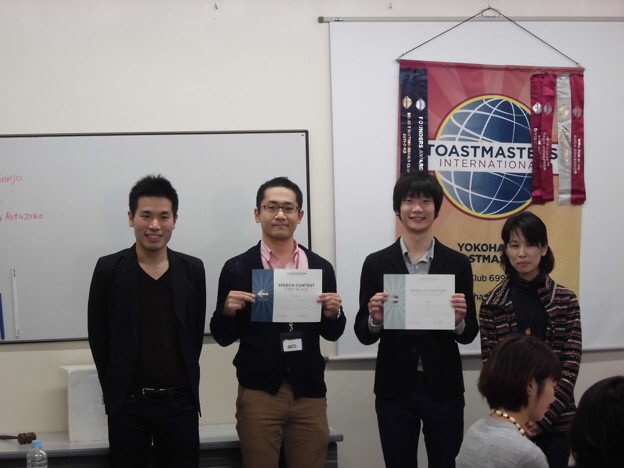 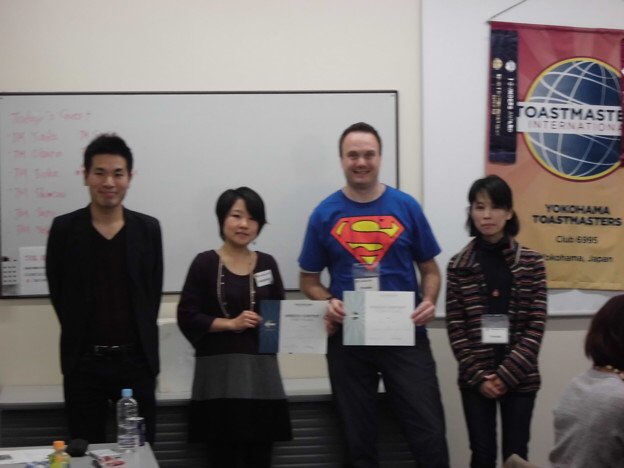 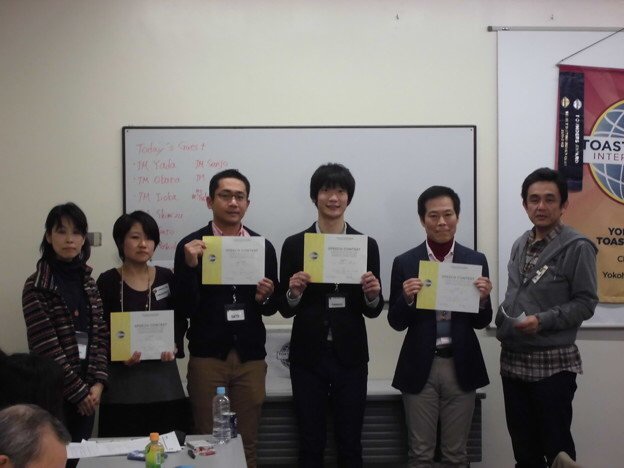 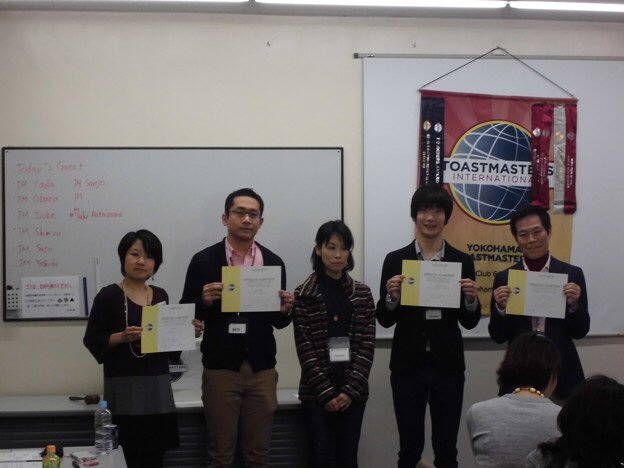 -Date: February 7th, 2014
-Venue: Hatoba kaikan
-Thema: “It is my turn”
-Report
The 589 YTMC regular meeting was held on February 7th(Saturday), 2015.
We had 17 YTMC members, 7 other TMC member and 1 pure guests.
So the number of participants was 25 who came together to enjoy “In-house international speech contest, one of the important annual event for our club.

As the contest chair, I was so happy to hold such a thrilled contest in which 6 contestants presented each four speeches in English and Japanese. For handling it, I was supported by many members of other clubs, as timers, counters and judges. I would like to show my appreciation for the support.
In total, we had eight speeches! All contestants brought laughter to all audiences a lot, even though they seriously competed. Therefore, the time had gone so quickly even if the meeting was thirty minutes longer than usual. Each two winners for English and Japanese speech contest will advance to the next stage, Area 42 contest, on March 1st .
For the day, the four representatives will polish their speeches by themselves as well as by fellow members. Such a process was not only tough but also fruitful.