The 596th meeting was held on May 23, 2015. This meeting is characterized by three features: Officers’ election, a report on District 76 contest and an invitation of a guest speaker.
The election is one of important annual event of our club, a kind of a ritual. After the ritual, I activated a regular meeting as a master of the meeting. In a warming up session, we had four table topic speakers who made a two-minute speech as well as a contest report on District 76 contest, whose champion will represent the district 76 for the international contest at Las Vegas in this summer. The reporter seemed to enjoy sophisticated speeches as well as a drinking party after the contest. Then, we had two 7-minute speeches and two 3-minute evaluation for the speakers. One of speeches was presented by a guest speaker from Nihonbashi century toastmasters club. He brought a fresh air to our club by his own speech style and his own point of view, which are slightly different from our club members, I think.
Honestly speaking I had no enough time to prepare for this meeting. But thank for member’s cooperation, I could successfully handle it. Thank you for all attendances especially the guest speaker, a mediator of a guest speaker, the election chair, and a member from Nagoya!
TM E.Y. wrote. 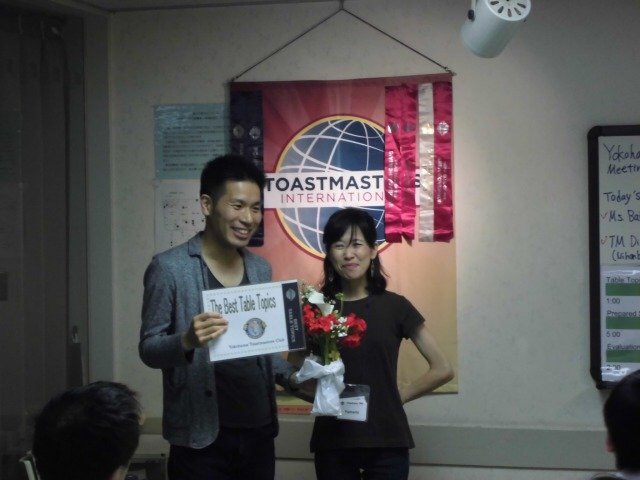 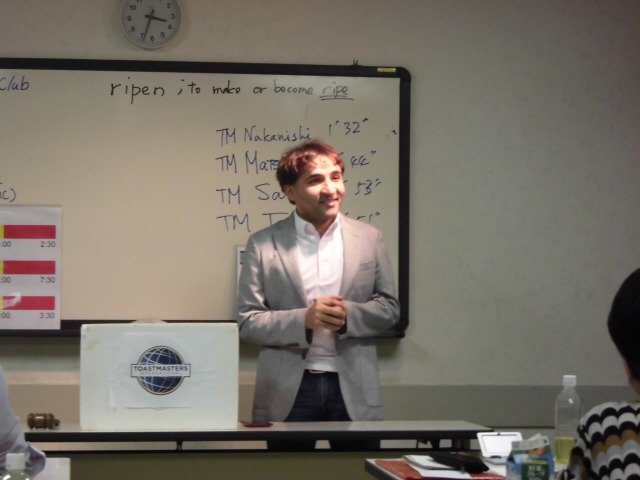 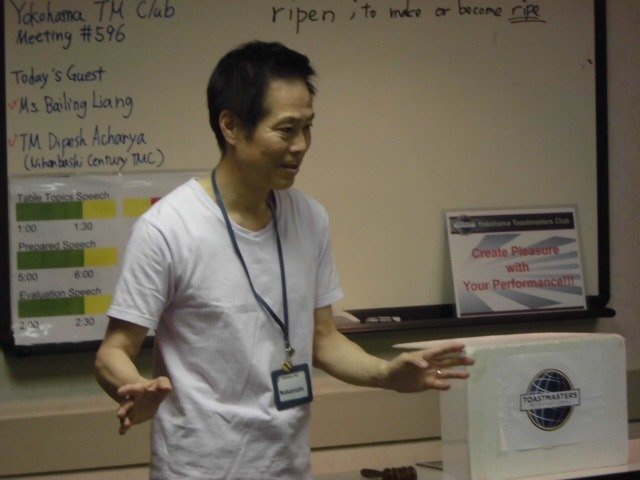 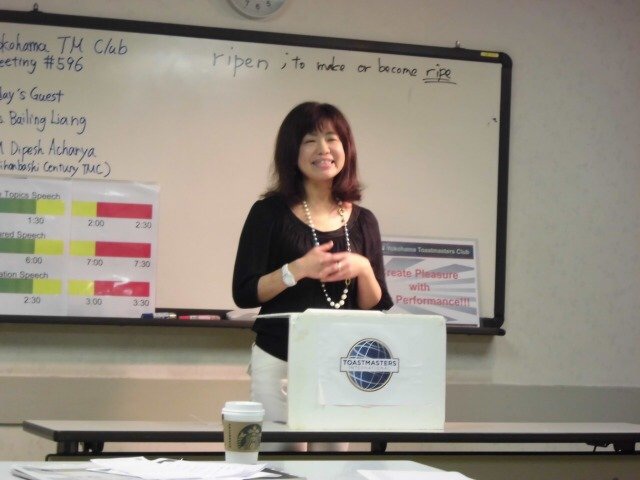 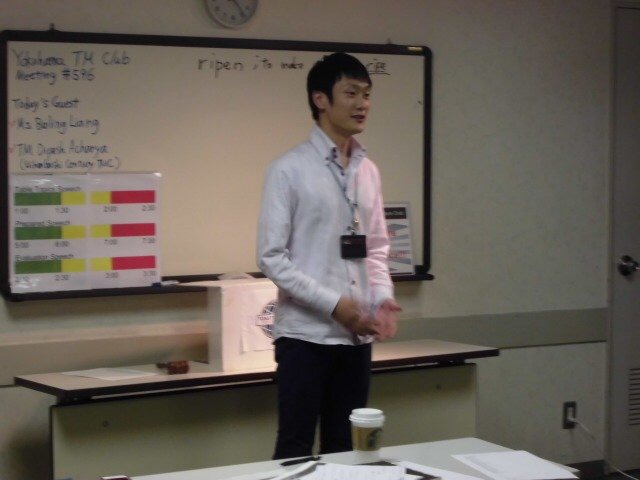 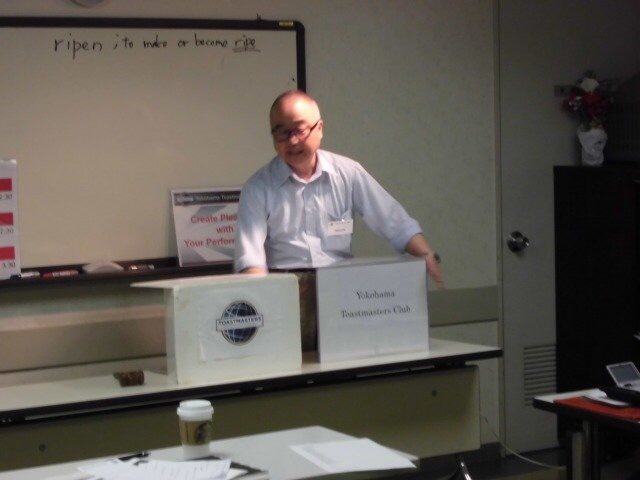 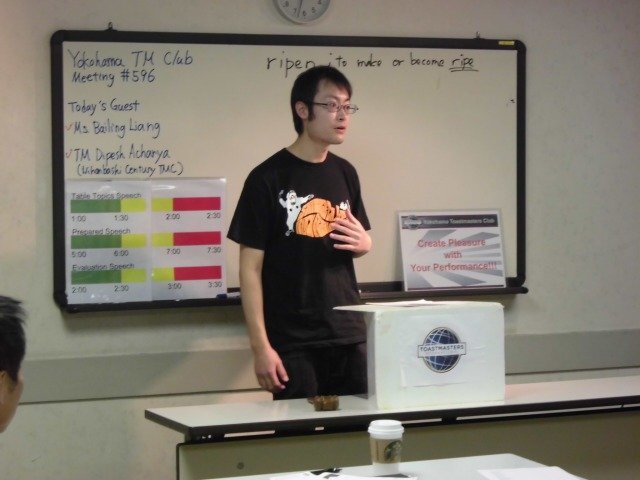 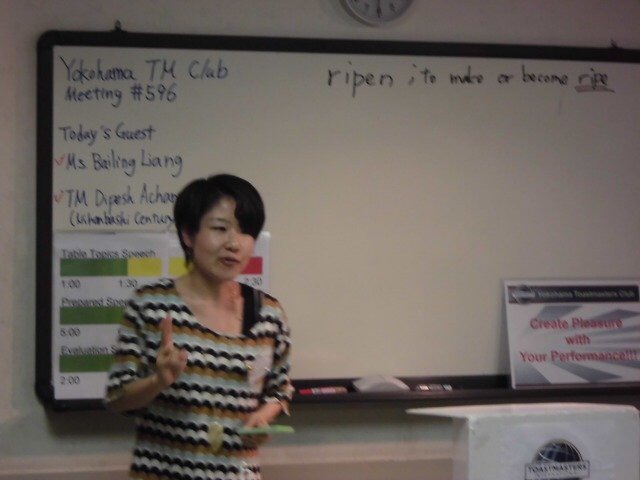 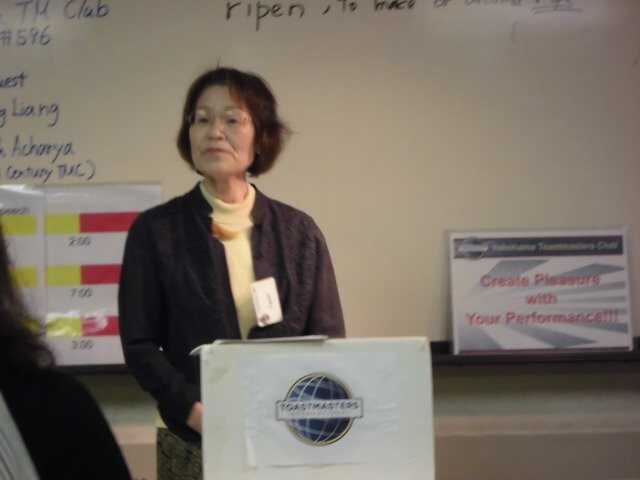