The YTMC #573 meeting was held on June 7th at Seishonen-ikusei Kaikan.

After the officers election, the meeting control was passed to today’s TMOD, KT(‘me’!). Today’s my meeting theme is “Rainy Season”. As I hate the rainy season,
I had asked all role takers ‘how do you enjoy rainy season?’ All role takes gave me very unique idea and good advisements to enjoy the rainy days.
For example, in rainy season, someone said that he will enjoy watch World Cup Soccer game, and someone said that he will visit Kamakura area as middle of Jun is the best season for fireflies watching in Kamakura area. That was sound great !

Today’s Table Topic Master was TM S.I. At first, he showed one scene from cartoon film. Then, he gave us some questions about our imagination of next story and next scene of the cartoon film. It was a very new and unique way for all members!

After that, we had 3 speech sessions. One of the speakers, TM T.Y gave us his speech about how to get DTM award! He showed 2 DTM award plates and explained about his effort and episode about them. Through his speech, we all knew and learned how difficult it is and how much he did hard work during his Toastmasters club activities.

At the evaluation session, TM T.S gave us a great feedback to each role takers even it was a short time. Also, today’s Gracho, TM T.M, gave us sound advices.
It is not easy to find the mistakes of grammar and use of sentences but he pointed out those errors and explained us correctly. Thank you for giving us advicements!!

Although today’s agenda was a tight schedule, all role takers conducted their roles on time. In today’s meeting, one of our new members, TM M.F took his first role as Vote Counter, and he did a great job without any issue, congratulation!

We will have a #574 regular meeting on June 21th @Yoshino-cho Plaza Meeting Room (http://www.yaf.or.jp/yoshino/access.html) See you then!!

The YTMC ♯572 meeting hold on May 24th at Hatobakaikan

In this time we hold the meeting at the different week, because previous week was District conference. Due to very irregular schedule, relatively less member could participate in this meeting. Then we felt little bit difficult to assign each role.
But, despite such a difficult situation, we could carried out this session by cooperating with each other. TM S undertook double roles , as a speaker and an evaluator. I’m sure this was really tough challenge for him. But he delivered very humorous and inspirational and humorous speech. And he also gained best evaluator award！He made rally good job!!
And TM N take took charge of sudden role as supporter (Vote counter).
Other speakers preformed very well with their original and informative speeches.
With many voluntary cooperation of each member, we could achieve this meeting very successfully. I ‘d like to say many thanks for all members as TMOD!!

Dear All Members of Yokohama TMC, and All friends of TMs,

Hello, it is my pleasure that we, YTMC got Perfect 10 DCP Points!

It was long long journey, but, I have confidence that all officers and members kept supporting others, and kept laughing.

I love this atmosphere, and I hope all members keep it. 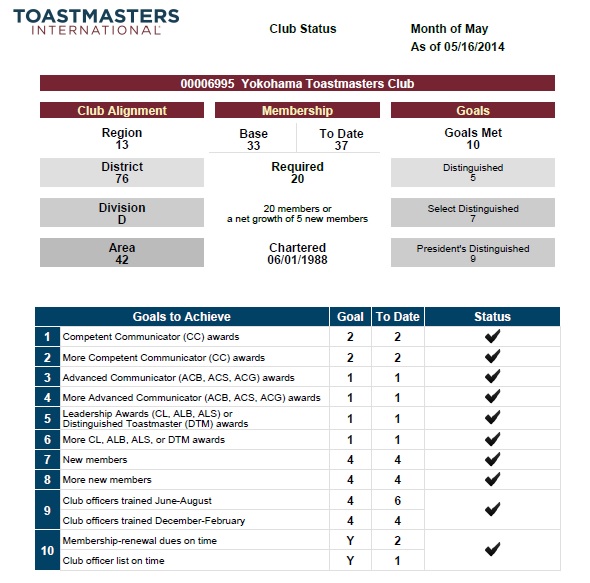 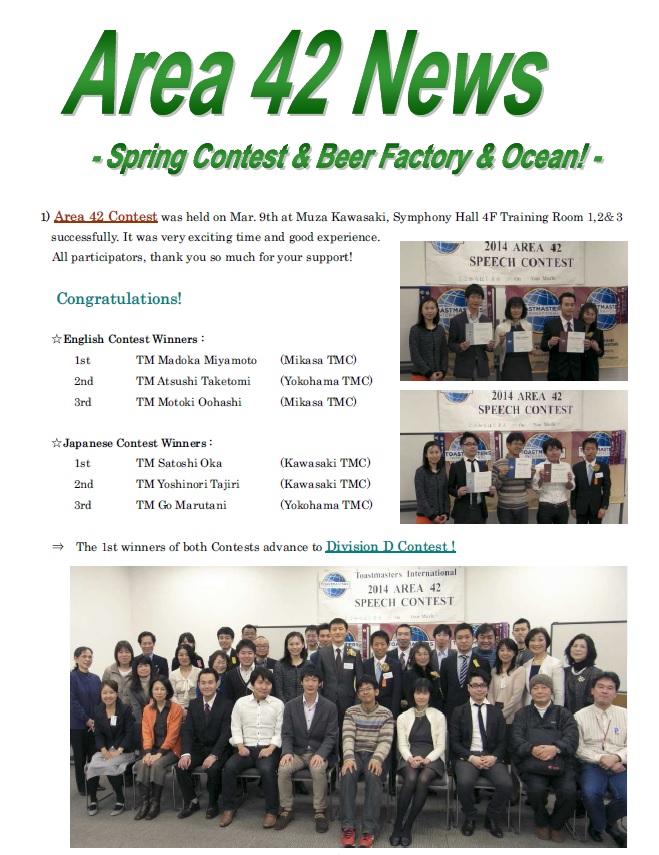